The nonprofit American Cave Conservation Association (ACCA) operates Hidden River Cave and the American Cave Museum as part of our educational initiative to support the protection of caves, karstlands, and groundwater resources.

In the 1930s, Hidden River Cave was one of three tourist caves that were owned and operated by the Thomas Family. Visitors could purchase tickets to visit Hidden River Cave, Mammoth Onyx Cave and Floyd Collin’s Crystal Cave, or a pass to see all three caves if they preferred.

In addition to Hidden River Cave’s large entrance, visitors in the early 1900s were drawn to the cave to see and experience Sunset Dome.

Quotes from the historic brochure and postcard exaggerate the size, but there is no doubt that Sunset Dome is a natural wonder. 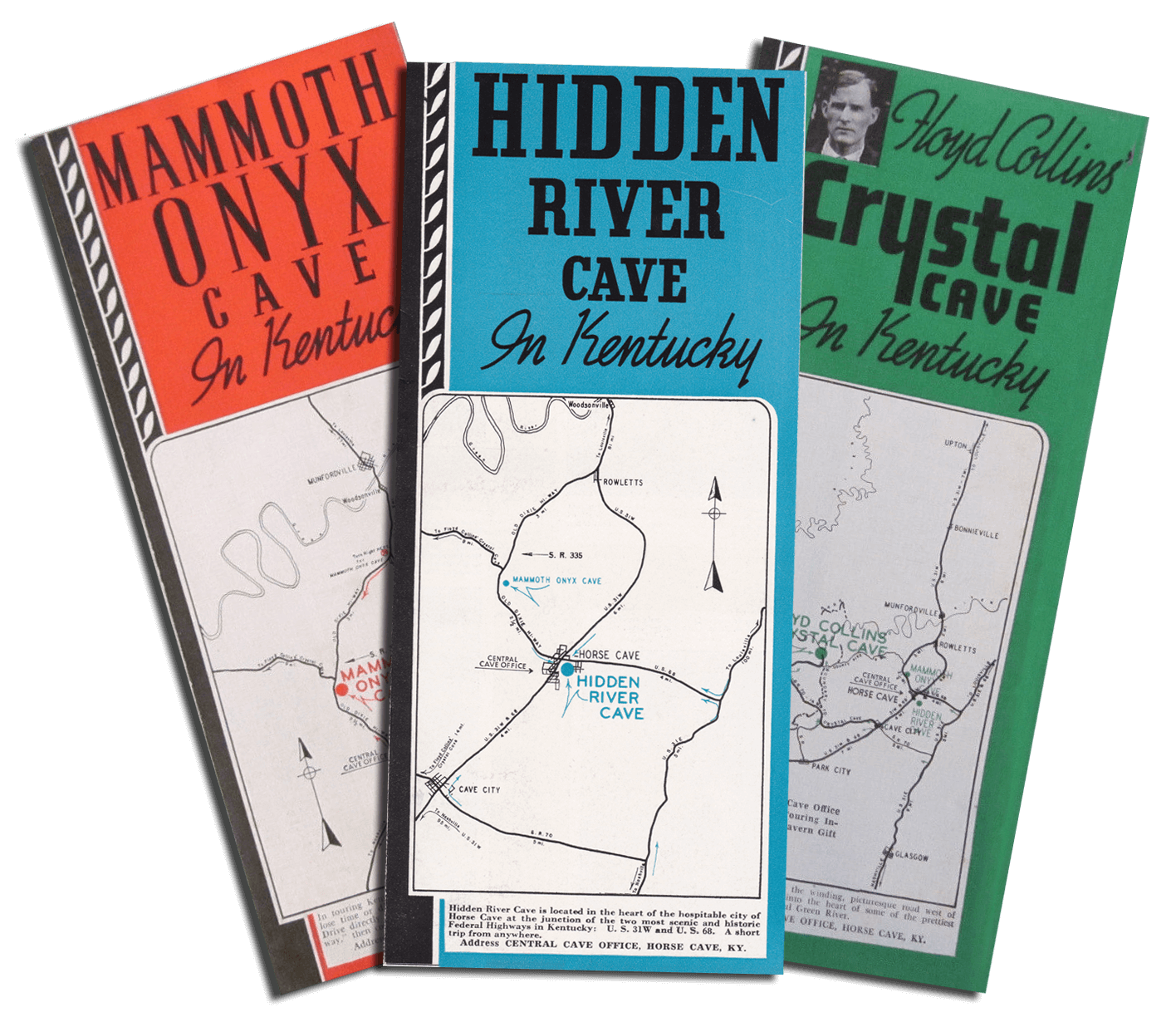 Entering Sunset Dome gives the impression of coming to the edge of the earth, and creates an irresistible urge to see beyond. The true vastness of the world’s largest cave dome can only be appreciated by a personal visit and leaves an undying memory of grandeur unapproached by any of the world’s seven wonders.”
—Hidden River Cave Historic Brochure 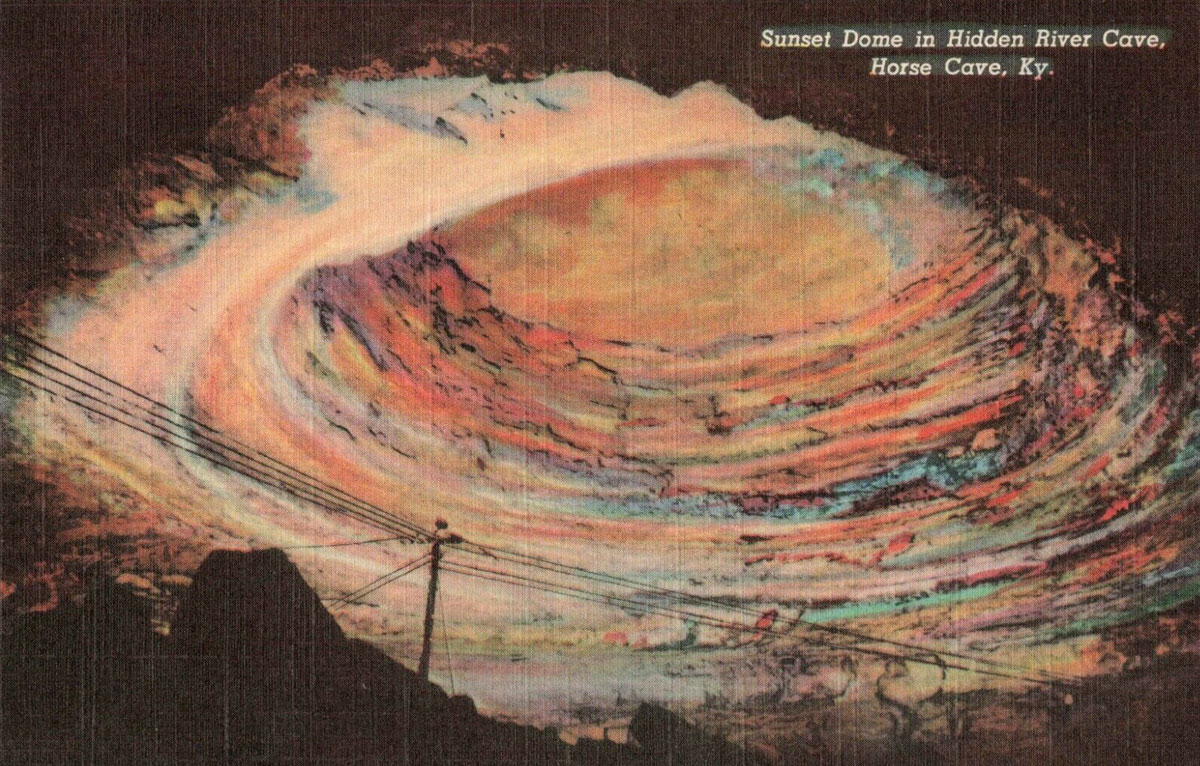 Bill Austin, the former owner of Sunset Dome, once told Foster that when the cave was open in the 1920s and 1930s, they would invite major league ball players to come. The idea was to bet them they could not hit the ceiling of Sunset Dome with a baseball, Foster said. “I don’t know if anyone accepted this challenge or not,” he added.

The Quest for Sunset Dome

Although the original tours from the 1930s did bring visitors back to Sunset Dome, those tourist trails were long gone – washed away from decades of high water and flooding inside the cave. Gone also were the light poles and electrical wiring. The American Cave Conservation Association (ACCA), was left with a logistical challenge to bridge the 50-foot deep canyon that separated the existing tour from the trunk passage, known as Thomas Hall, which led to Sunset Dome.

The answer was to build a 100-foot long suspension bridge across the canyon. This would become the world’s longest suspension bridge inside a cave. Construction of the bridge was completed in November 2018. By the Fall of 2019 the tour was slowly progressing towards the Dome and was nearly 3/4 completed. Engineering problems and flooding continued to slow the construction progress. It also soon became apparent that additional funding was needed to finish the tour. An anonymous gift made it possible for ACCA to meet the bid estimates for the final construction phase. The concrete was poured for the remaining walkway section and the tour to Sunset Dome was opened in February 2020. After being closed for 76 years, Sunset Dome was now accessible again!

Today, Sunset Dome is awe inspiring and is considered to be one of the largest free-standing cave domes in the United States. We invite you to step back into history and see Sunset Dome!